Meet Hitomi Kawasaki, a bonsai researcher based in Kyoto– at a very young age, she decided she was going to dedicate her life to bonsai and the skilled craftsmen that create them. In a traditional and male-dominated industry, her age and gender was never on her side, but that didn’t stop her from connecting the world to these intricate potted plants. Her soft Kyoto dialect and the way she carries herself is a tell-tale sign that she comes from a world steeped in culture, and even her perfectly manicured hair resembles a bonsai tree. In the last twenty odd years Hitomi has truly immersed herself in the study of bonsai, and Curated Kyoto recently had the chance to sit down and talk with her about the joys and challenges of being a part of this traditional world.

SA: How did you get involved in this world?

HK: I was into traditional arts and culture from a very young age. During high school I would go to shrines and temples, watch noh plays… [laughs] It was hard to make conversations with other girls at my school, especially since it was the era of the gyaru girls, so they were all into make-up and fashion and things like that. My introduction to the bonsai world was when I came across a poster for a bonsai exhibition.

I went to this exhibition after school in my school uniform. [laughs] There I came across this 300-year-old black pine bonsai. As I stood in front of this pine, something in my heart told me loud and clear: “this is it”. Back then, I didn’t really know how to appreciate a bonsai tree, but I stood there for about ten minutes knowing that this was something that was going to be a big part of my life.

SA: The bonsai just took over you?

HK: It did. As I stood there observing the tree, an editor of a famous bonsai magazine came to me and said: “I’ve been doing this job for many years, but it’s the first time I’ve seen a high-school student at an exhibition like this. What made you come in?” I told him everything I felt when I saw the black pine. He was obviously intrigued, because he pretty much asked me then and there to come work under him. He worked for a large publication called Kindai Bonsai. On the weekends, he would take me to the houses of these bonsai craftsmen and I would learn from them one on one.

SA: How did your interest grow from there?

HK: I started collecting and nurturing bonsai. You know what? The first four years, I had like forty bonsai plants that lived on my balcony. Here I was, struggling to water those forty plants every day, but professional bonsai artisans would be taking care of hundreds of bonsai plants, examining their condition and so on… I thought they were doing really incredible work. I knew then that there needed to be a person to introduce these craftsmen and their work to people. I wanted to be that person! So, I started self-studying and learning from experts.

SA: How did that become a job for you?

HK: When I was twenty-one years old, I was given the opportunity to be a freelance bonsai curator for a magazine. I wrote about bonsai and about Japanese culture, because as you know, bonsai isn’t just about the plant. You also need to know about the arts in general. Most of the time I was asked to not just write about bonsai, but about art and culture as a whole as well. A lot of magazines were really thankful that I acted as a window into the bonsai world, since it’s a hard one to approach without a good contact.

SA: Okay, so, what did your parents think of their daughter deciding that her mission was for people to learn about the wonderful world of bonsai and bonsai craftsmanship?

HK: They asked me how I was going to put food on the table. [laughs] I think my parents were the most concerned of all the people in my life. They weren’t sure how I could survive making a living with traditional Japanese culture.

SA: But from then on you were pretty much determined to make a career out of bonsai?

HK: Yes, I was. Everything just finally made sense. You know, when I was an elementary school student, I had this dream that I wanted to become one of those wise old grandmas who knew everything about life. Women, we have this idea that the younger we are, the better, but with bonsai it’s the opposite. As the plant ages, its value goes up. I also knew that my knowledge would expand as the years went by. No expiration date… I knew this was the life for me.

SA: You started as a writer/curator of bonsai and the arts, but how did this lead you to become a bonsai researcher?

HK: Well, it was when I was twenty-nine years old. I met a gentleman from the Agency of Cultural Affairs who made me realize that I needed to take my passion and work a step further and become a researcher. He said there wasn’t anyone in that position who had extensive knowledge about bonsai and was able to deliver that information in a very non-biased way.

Don’t get me wrong. I was already researching extensively and providing coverage about bonsai to the world, but in his words: “magazines don’t make good documents”. He insisted there needed to be a book or a thesis on bonsai, so he encouraged me to join a graduate school to do it. So, I did. I never studied that hard in my life! During grad school, I also got a two year scholarship to conduct research in America and England.

SA: So it’s your job to do research and share your work, but what does being a bonsai researcher actually involve? Very impressive title by the way!

HK: [laughs] Thank you! Mostly, my work involves writing theses and documents. Right now, I’m actually writing a book about bonsai. I also write about bonsai for magazines. Bonsai is just one getaway to learning about Japanese culture, so I also get asked by media and even galleries to curate information about Japanese art and culture in general.

Are you the only female bonsai researcher in Japan?

HK: Yes, I am the only female. There’s only been male researchers before me.

SA: What about bonsai artisans? Are there many?

SA: Is that changing?

HK: It is changing. A daughter of a well-known bonsai nursery owner just took over the family business. You hear other stories now about women slowly taking over businesses or becoming bonsai artisans themselves… In that sense, it’s changing.

SA: In the craftsmanship world, they say the industry is dying because young people are not interested in taking over. Is that the same in the world of bonsai as well?

HK: Absolutely. Many young people just don’t have the patience. And we all know that with bonsai, you need a lot of patience. For example, if you’re an apprentice, for the first five years you have to live with your master.

HK: Yes! And in some cases, you can’t even touch the plant for the first three years, you are just in charge of watering. A lot people don’t want to be just watering plants for that long, but the master makes them do that because watering the plant is actually one of the most important elements of the craft.

SA: Just one last question… What’s the one thing you wish people understood about bonsai?

HK: Well, there are people out there who just hate bonsai. They don’t like them because they think it’s not very natural how wires and rods are used to manipulate the plant to grow in a certain way. They think it’s basically a form of torture. I just want to say that’s wrong. We’re not using the rods just for aesthetic reasons. We’re making the plant grow in a certain direction so they get more sunlight, or changing the direction of the branches to make sure the branches on the bottom also get enough water. A good comparison would be like getting braces for your teeth.

Bonsai is all about replicating what you see in nature, like creating forests and mountains in a pot. But it’s not just about replicating or recreating… If you are recreating a pine, the idea is to make the pine even more pine-like. It’s the bonsai artist’s job to figure out what makes the pine so naturally beautiful. There is one vital theme to bonsai, which is to “make the plant more like the plant” 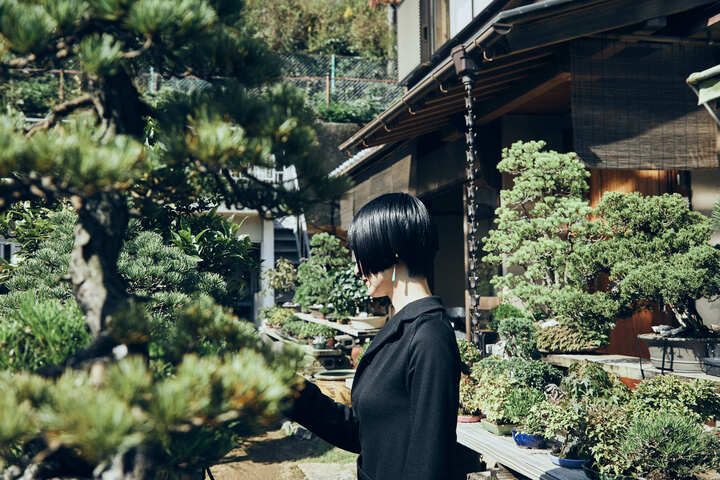 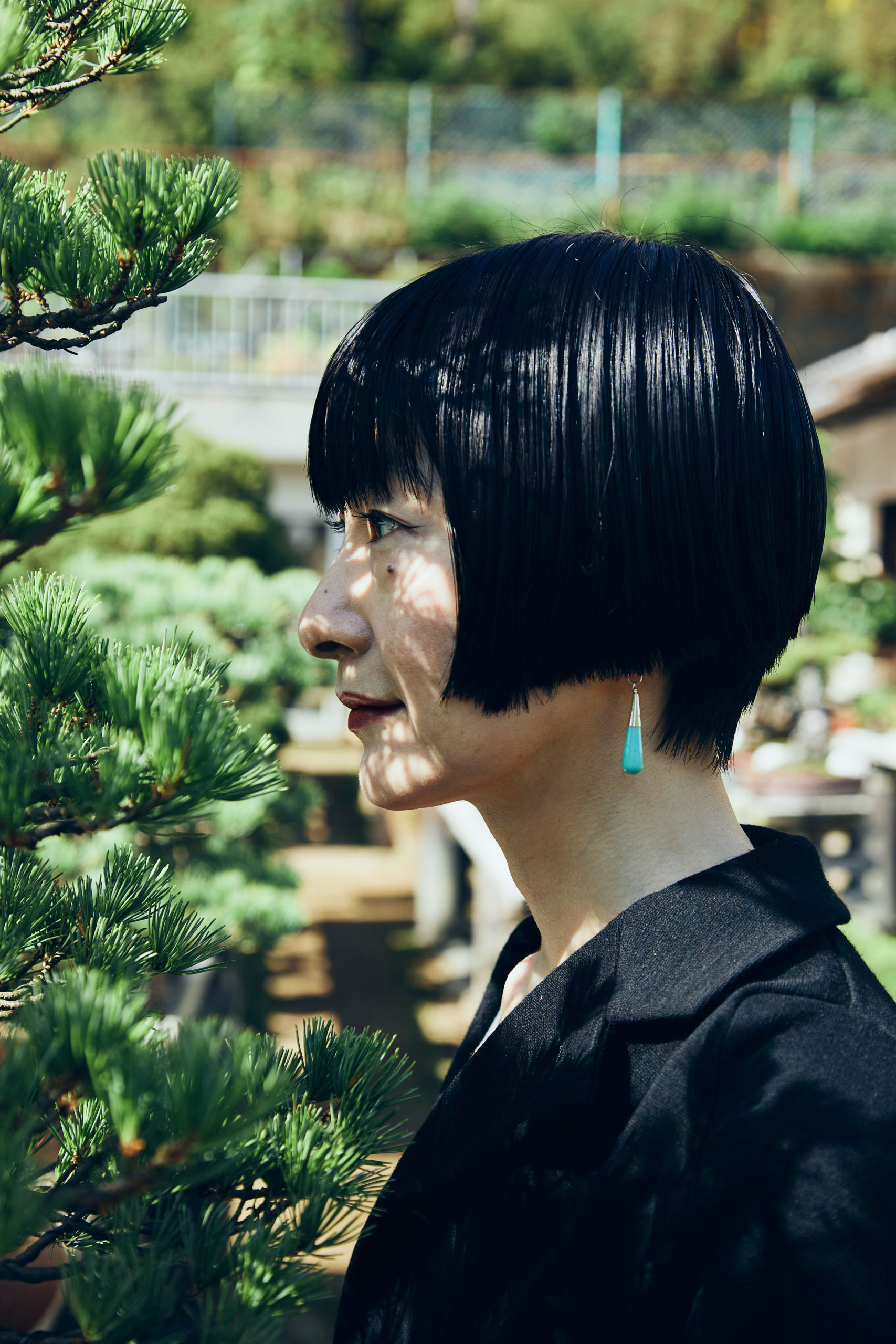 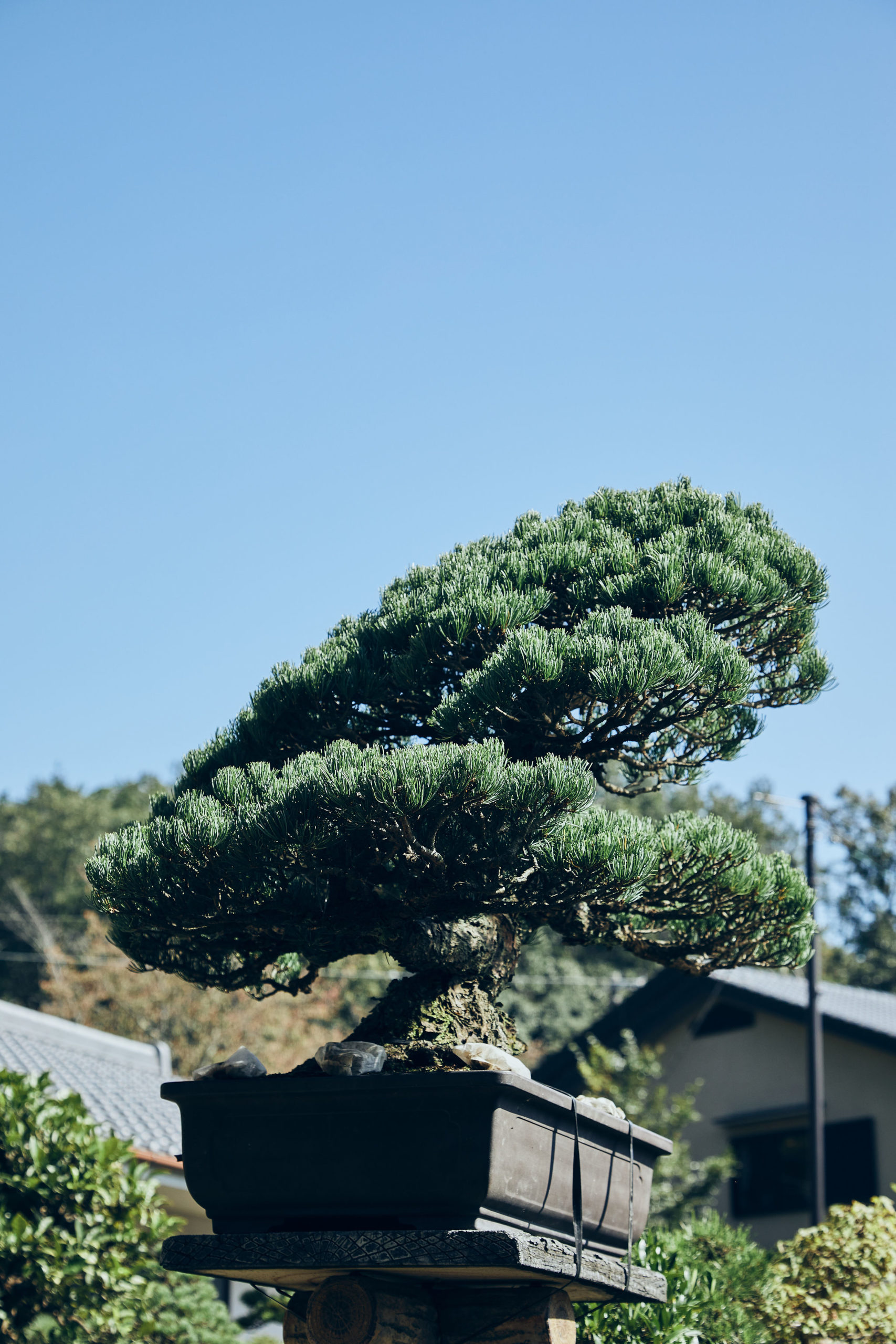 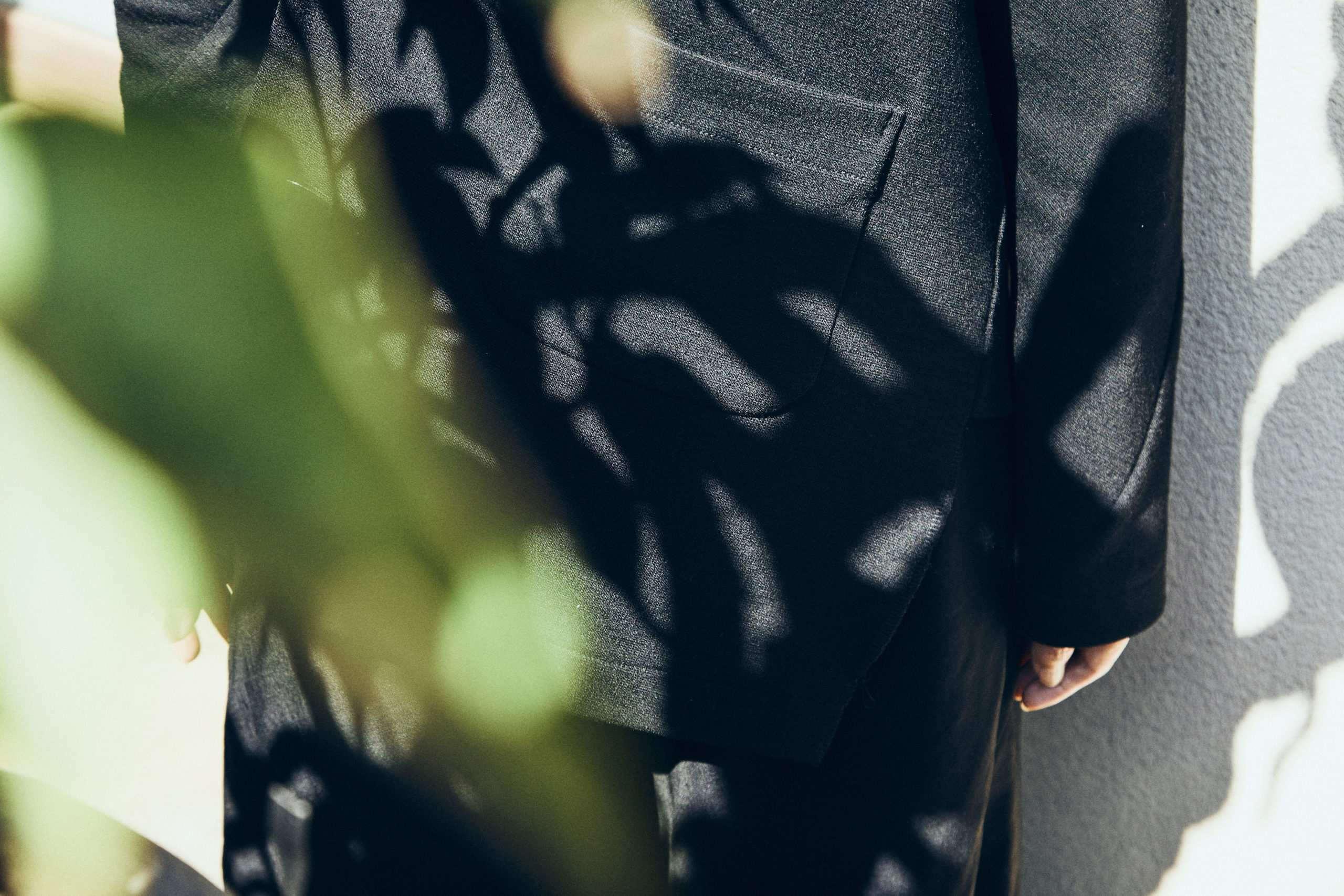 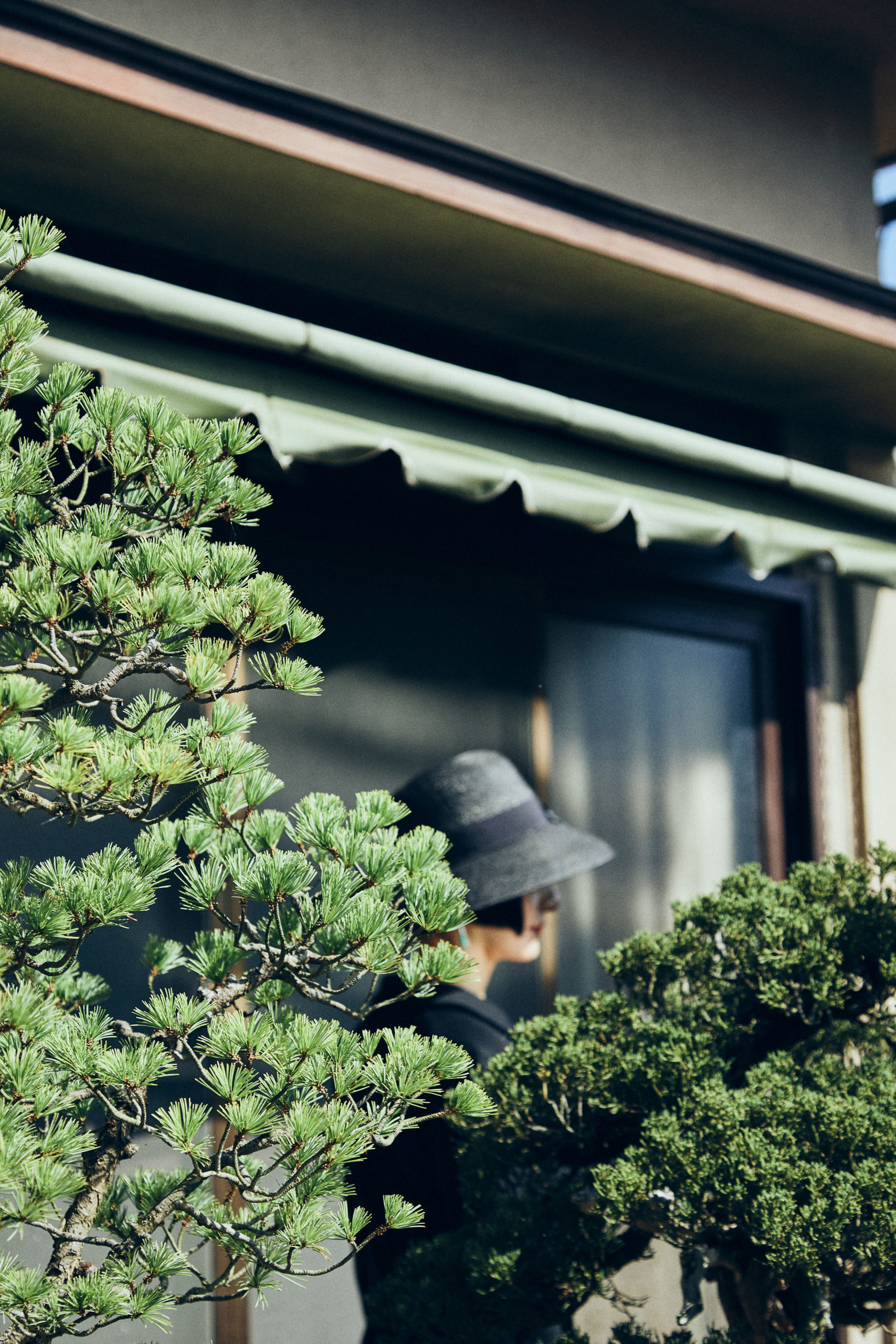 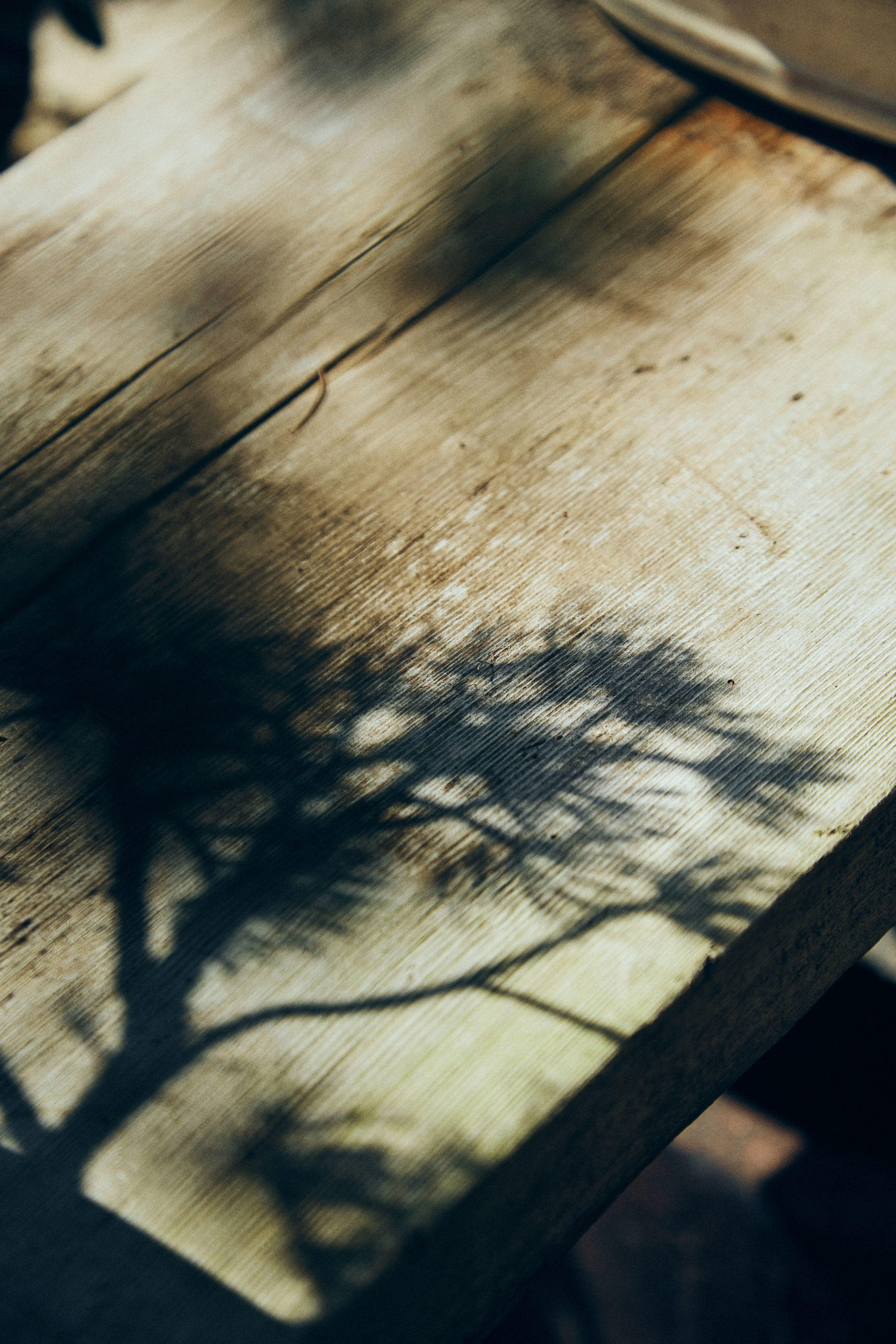 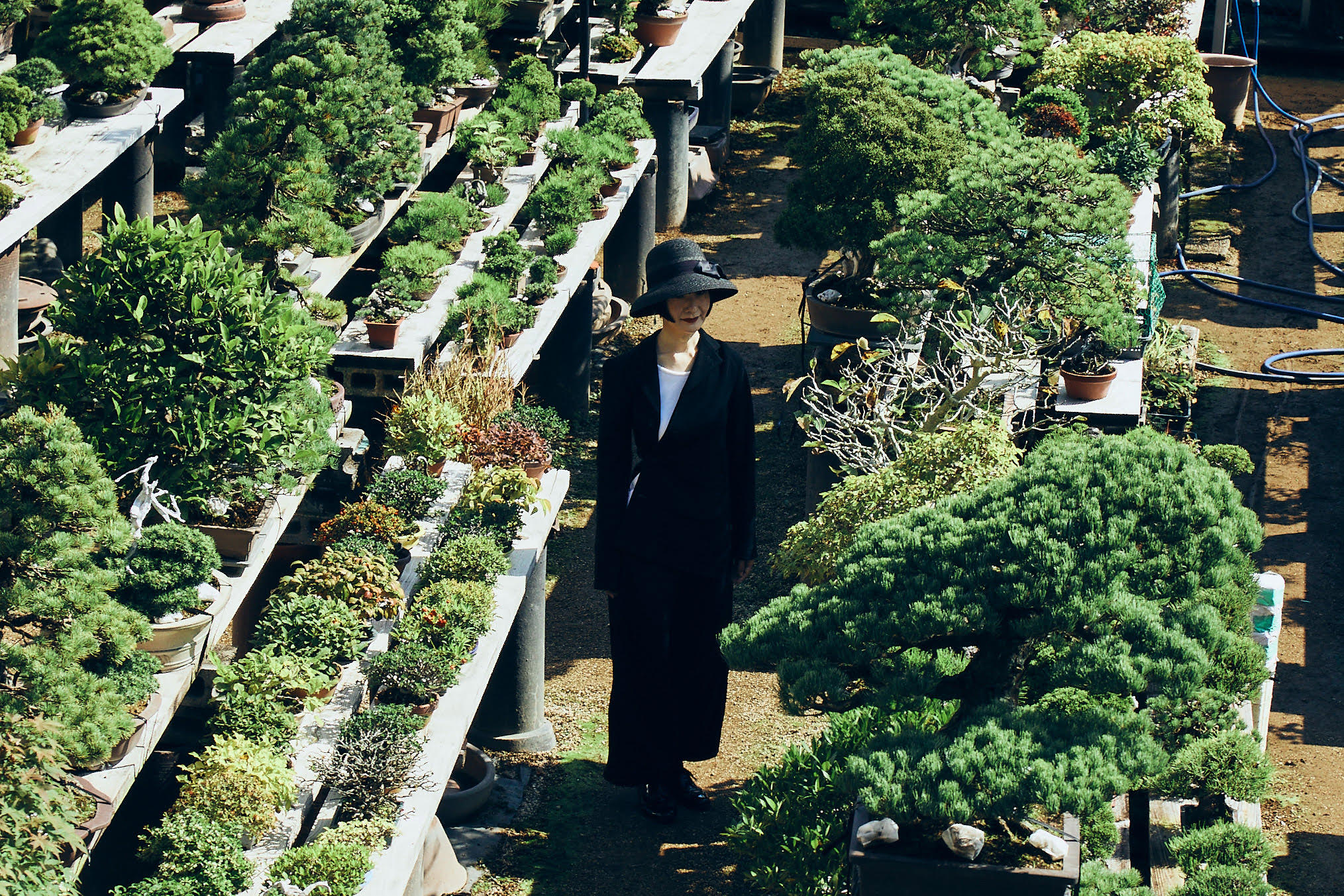 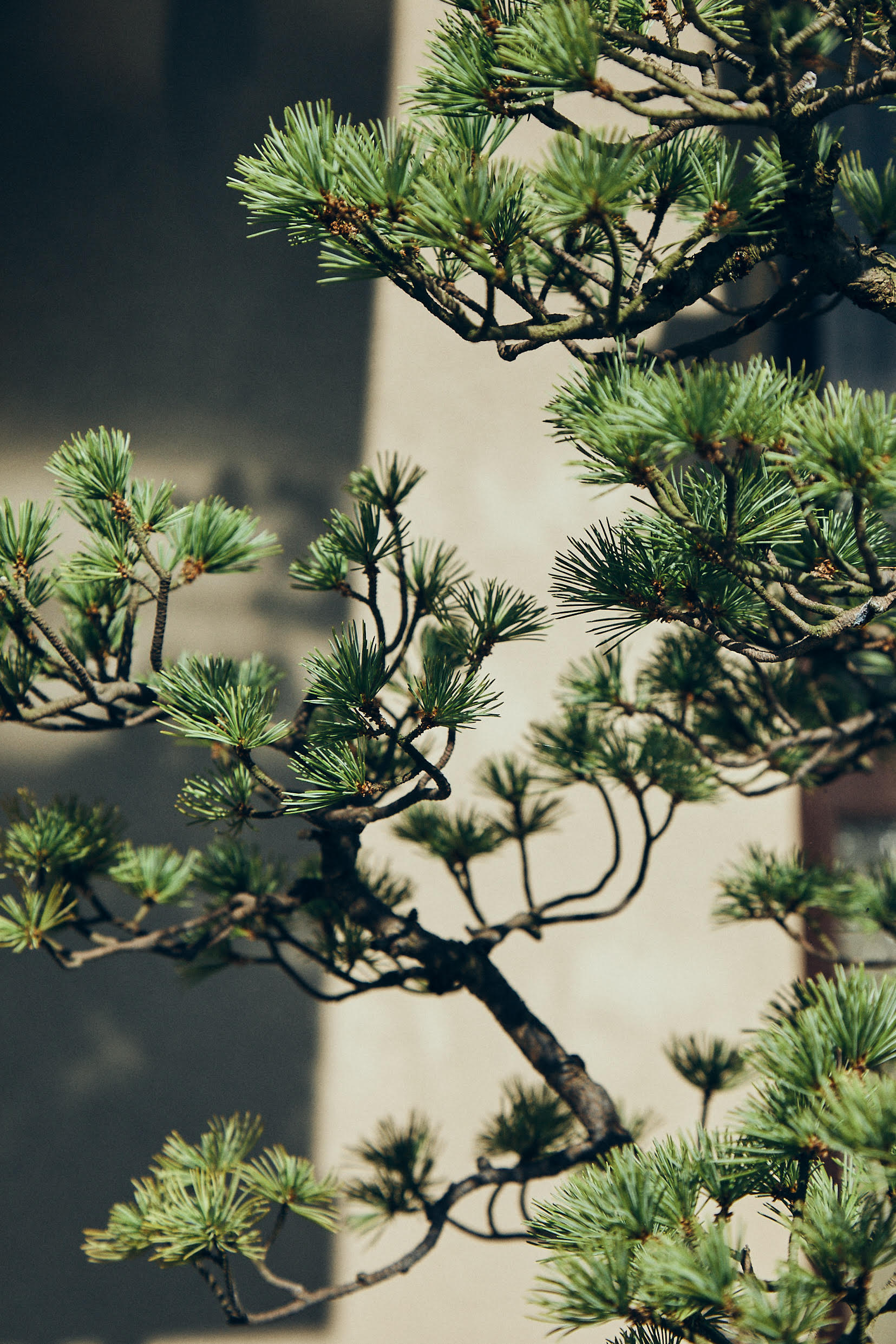 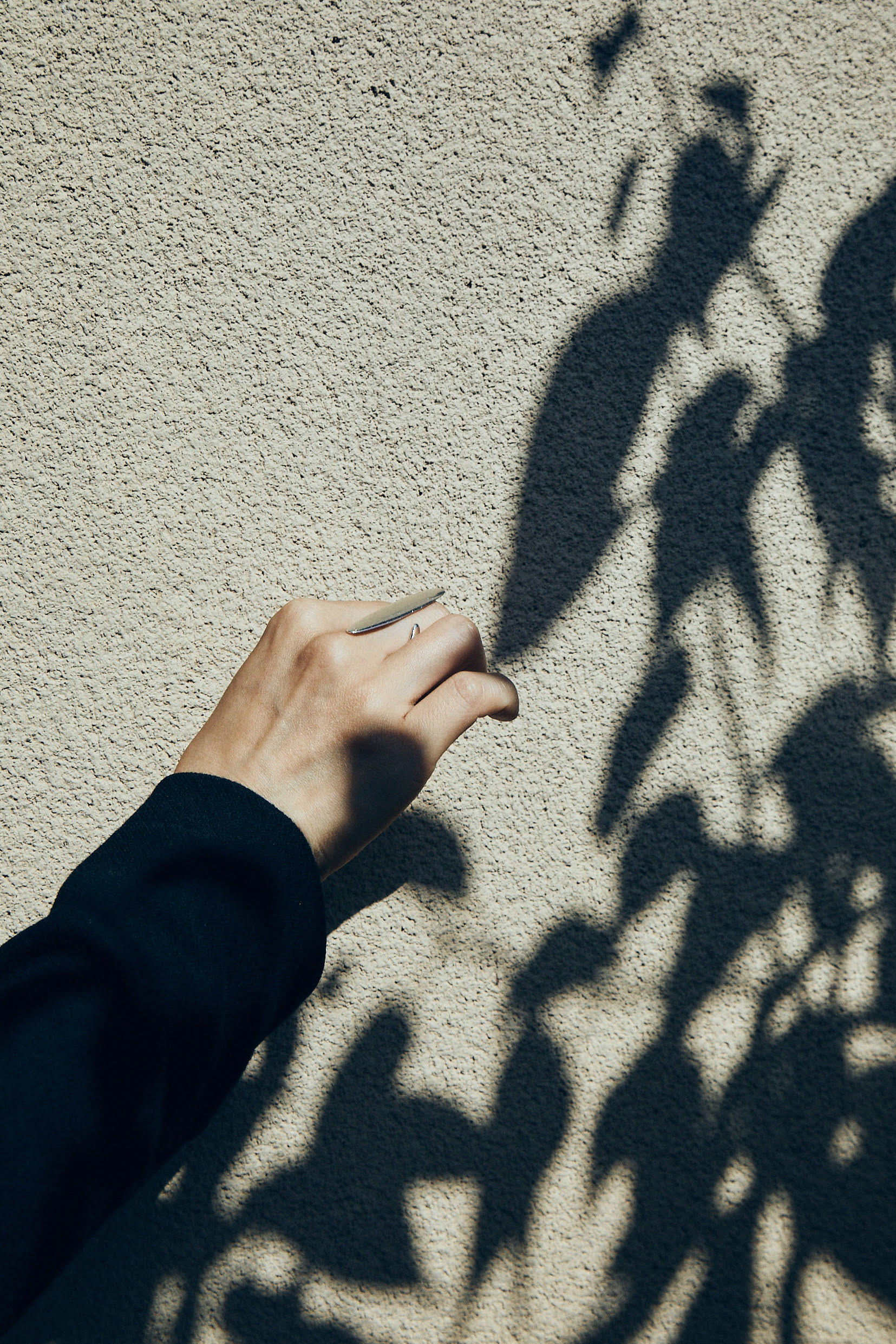 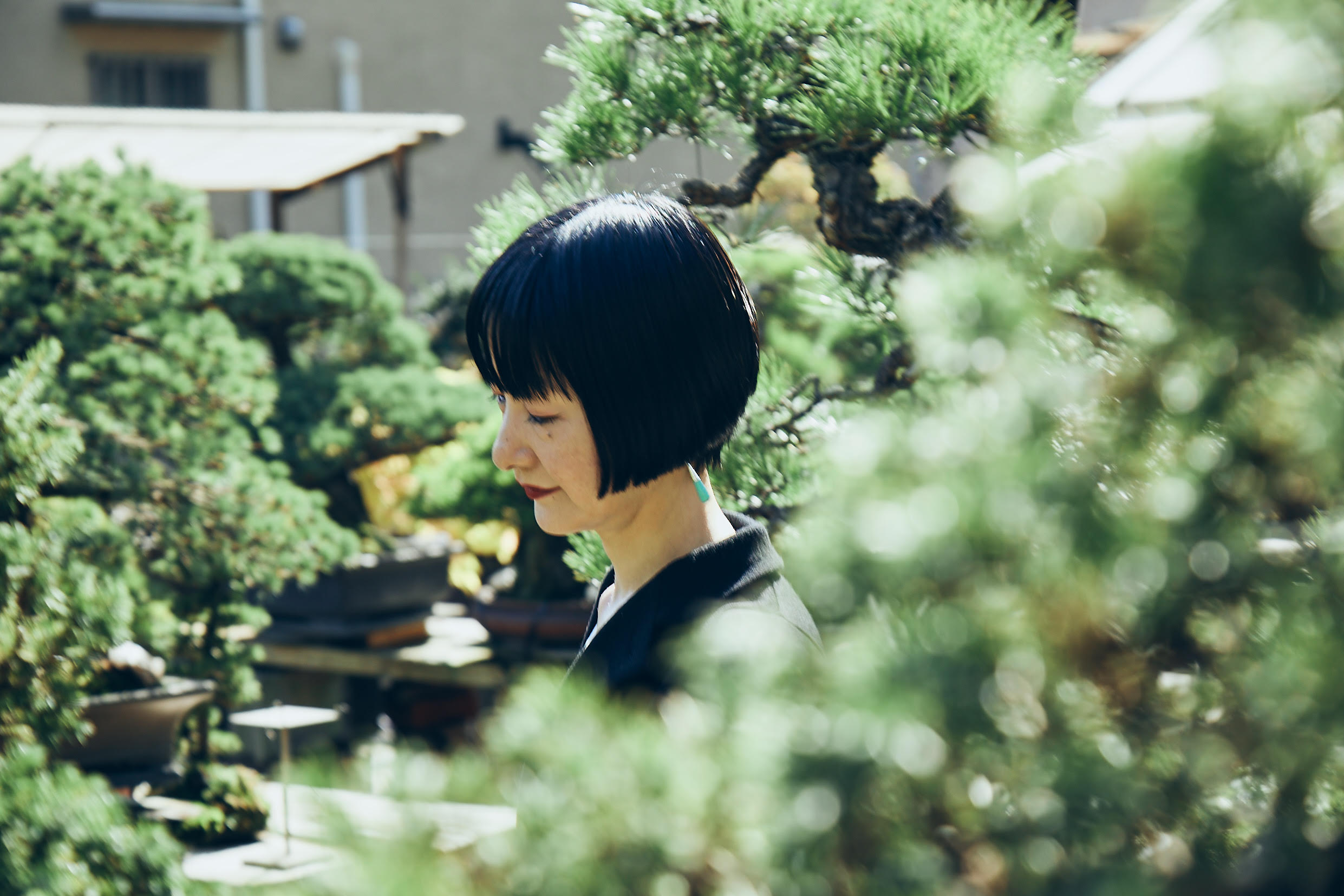 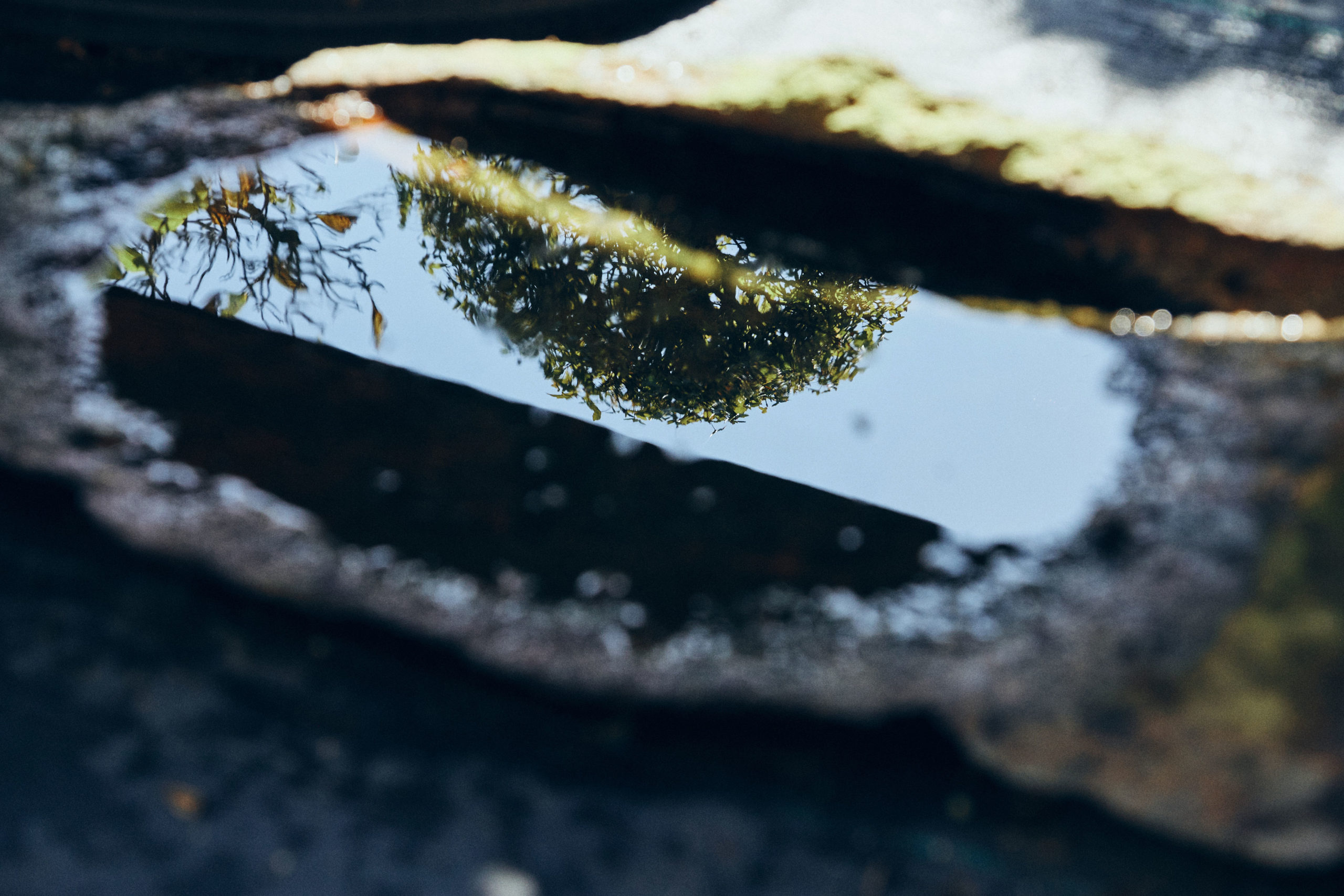 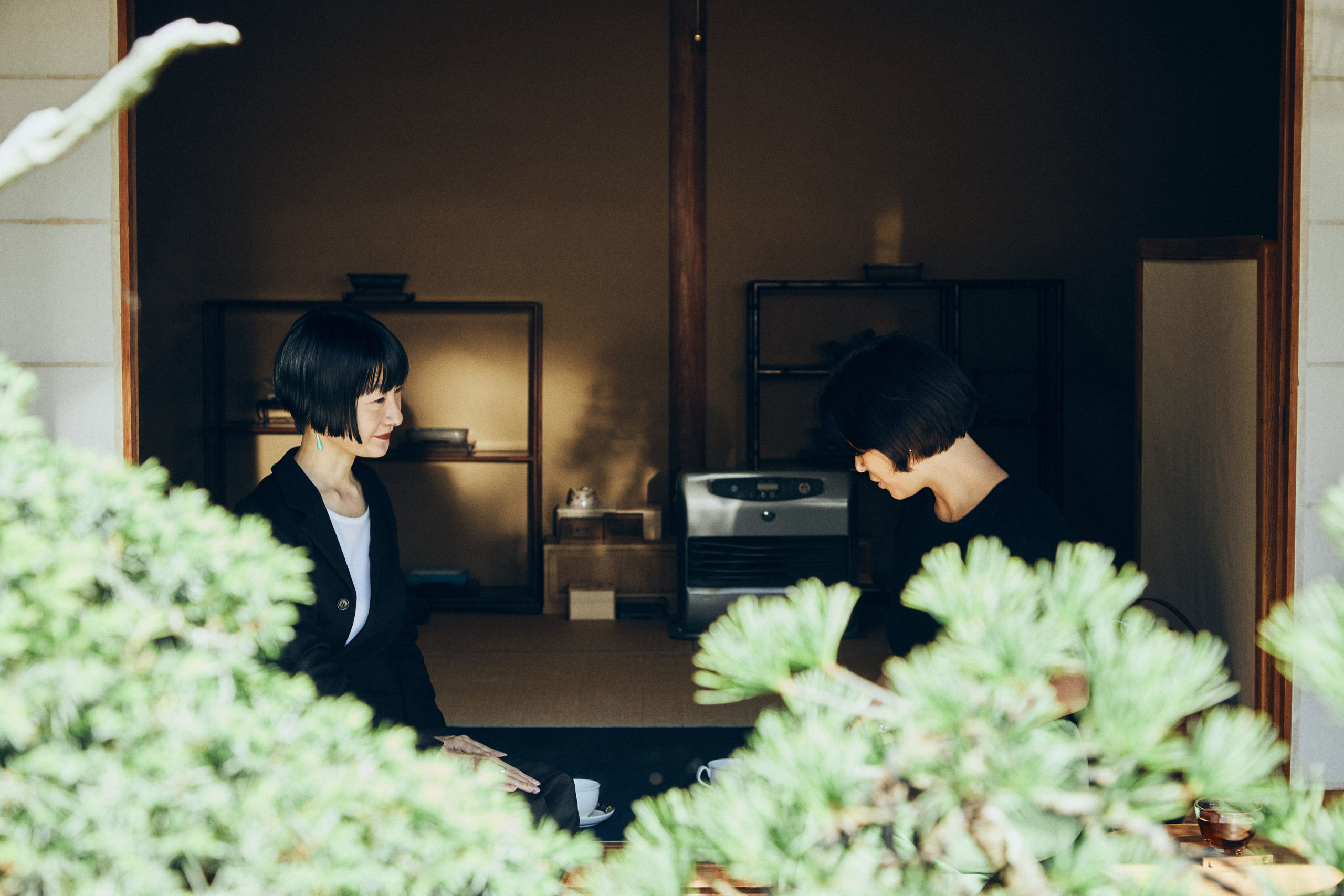 Meet Toryo Ito, the deputy head priest of Ryosoku-in temple who is fusing Zen philosophy with creative new ideas to nurture the growth and possibility inherent in all …