Meet Toryo Ito, the deputy head priest of Ryosoku-in temple who is fusing Zen philosophy with creative new ideas to nurture the growth and possibility inherent in all of us. Toryo-san started off by just implementing an easier booking system for his mediation classes, but now he’s running a variety of Zen programs that implement art and design into their concepts. Not limiting himself to the confines of the temple walls, he has taken his teaching and mission online and on the road. Curated Kyoto catches up with Toryo-san to talk about his mission and what his latest creative endeavor entails.

SA: Was becoming a monk a path that had been decided for you?

TI: No, not at all. My parents never pressured me to take over the temple. When I was around twenty-five years old I’d just begun training to become a monk, but I started to want to become a school teacher instead.  So, I became a teacher at a cram school.

SA: Did you have any interest in Zen back then?

TI: Well, just on the surface level, yes, but I didn’t really think I wanted to get deep into it. I knew that Zen was great and how beneficial it is, but actually the more I worked at the cram school, the more I realized the beauty and strength of Zen and the endless possibilities it offers.

I was inspired by the cram school, where they had these online booking systems that made it easy to book classes and made learning more accessible for people. Basically, I wanted to implement this sort of system to make the temple an accessible learning space for modern people. I realized that a temple is really meant to be a place where people can learn about life lessons and find answers. I wanted to make it my mission for our temple to become a place where people could do this.

SA: From online mediation and art programs at the temple to Zen-inspired camping cars… Who is your target audience when you are creating these activities?

SA: When you are creating these projects, what do you keep in mind to make sure the meaning of Zen isn’t misrepresented or lost?

TI: This is something really important to me. I mentioned it briefly before that these programs are all about bringing out the potential in people. That was a very condensed way to explain it, but it all goes back to the name of this temple.

The kanji in Ryosoku-in mean “wisdom” and “compassion”. I always go back to these words and make sure our programs nurture these traits in people. Whenever I doubt if the program is right for the temple, I go back to the temple’s name.

SA: In a traditional city like Kyoto, what are people’s reactions towards these programs?

TI: I admit it’s hard not to care at all what people think… But honestly, before I even start a program, I always know someone will have something to say. So, I’m never surprised if someone says something negative about what I’m doing. The thing is, I understand my position and I understand where I stand. On one hand, I know it’s really important to stick to tradition and do everything the “traditional way”. But I also know that I’m not that person. That’s why I appreciate and respect those who do value following tradition as it always has been. I am allowed to do something different precisely because there are still people out there who are protecting tradition.

SA: What is the connection between art and Zen?

TI: This also relates back to the word “possibility”. There is a saying in Buddhism that Zen doesn’t rely on words or a scripture. When trying to communicate with language, you can always reach a wall, whether it takes the form of not being able to speak the same tongue or simply not knowing enough to express yourself.

With art, it’s open to interpretation, there are many possibilities. Just like how Zen doesn’t rely on words or scriptures, art doesn’t rely on information or text. People can express or view that art in their own way. Information is not just from a book, it’s something you feel in your body. The big pull with art is that you’re able to do that, feel everything in your body just like with Zen.

SA: Is art one of your passions?

TI: Yes, absolutely! I think one of our biggest art moments was in 2014, when we held an event called “The Fusuma-e Project” to celebrate our head temple Kennin-ji’s 800th anniversary. We decided to do something cultural. There were so many challenges… It wasn’t easy. I think I underestimated how much effort it would take, but it made me grow so much. “Working together with the artists really motivated my growth. It made me really want to do it again. We didn’t give up, and that’s why we were able to reach our goal. Because we collaborated with that artist, I was able to expand my world and also see things from a different perspective, so that was a valuable lesson for me. That made me feel really confident.

SA: Do you have someone you can bounce ideas off of when you come up with ideas?

TI:  Yes. I have a lot of people I go to, but someone I can really trust to guide me in the right direction is my wife, hands down. What’s really interesting about her is that she makes a decision so quickly, so it’s really funny. The total opposite of me who kind of hums and haws about an idea. She will look at the idea and straight off the bat be like “oh, that’s cool”, “nope, not this one”, “cut that”… Of course, I don’t listen to every single opinion and critique she makes, but it’s really helpful to have her input.

SA: She must have a good eye and a sense for branding.

TI: I really value a female perspective. I think sometimes men’s perspectives can be narrow, but women can look at things from a variety of angles.  Because the temple is a male-dominated space, the female perspective becomes even more important.

SA: Can we talk about one of your most recent programs, FUUUN? What is FUUUN?

SA: So, the traveling temple is a camping car that incorporates Zen philosophy?

TI: Yes. Just like the name FUUUN, we wanted to create an experience where people can feel the benefits of Zen while traveling around the country in an aimless manner.

SA: How did this idea come about?

SA: I see that this project incorporates a lot of Zen ideas and philosophy, one being the idea of yuko, a monk’s practice to travel.

TI: Yes. When monks go on yuuko they go on a spiritual journey. A journey where they go out to meet and help people, which is all a big part of being a monk. There are only a handful of monks who actually stay stationary at a single temple. Monks go on journeys, they offer their aid to people, solve community problems, or even build something for the town they’re visiting.  That was traditionally a part of the monk’s work or spiritual journey.

Another way the van incorporates Zen philosophy is through tan. When a monk trains at a Zen dojo, they are given one single tatami mat to utilize as their sleeping and living area. They have very little belongings with them. You don’t get your own room, your bed is connected with your neighbour’s… This is called tan.

Well, it might be difficult to live like this all the time, but the idea is for people to experience both yuko and tan when they are traveling in the van.

SA: That’s brilliant!  Hence the tatami space in the van?

TI: Yes. That space can be used as a communal sleeping area. The tatami area also transforms into various configurations, such as a conference room with a projection screen and white boards, a dining room, or even a pop-up store. Not being limited to one shape or form is all part of the Zen philosophy.

SA: What do you want people to feel when they use the camping car?

TI: Freedom. We often have excuses that we can’t travel or go out in nature because we have to be in the office or can’t leave our work. However, this vehicle allows you to take your “city life” with you to the mountains and ocean, or wherever your heart pleases.

SA: So, one last thing… Have you learned anything from the coronavirus?

TI: Oh, that’s an interesting question. For me, I learned how to trust people more. I think in this climate, we doubt people more than we trust. We think things like “is that person taking proper precautions?”, “does that person have corona?” But we have to learn and explore how we can trust people again. So even with the programs we create from now, a big theme will be how to regain trust within each other as well as how to trust ourselves to make better judgements. 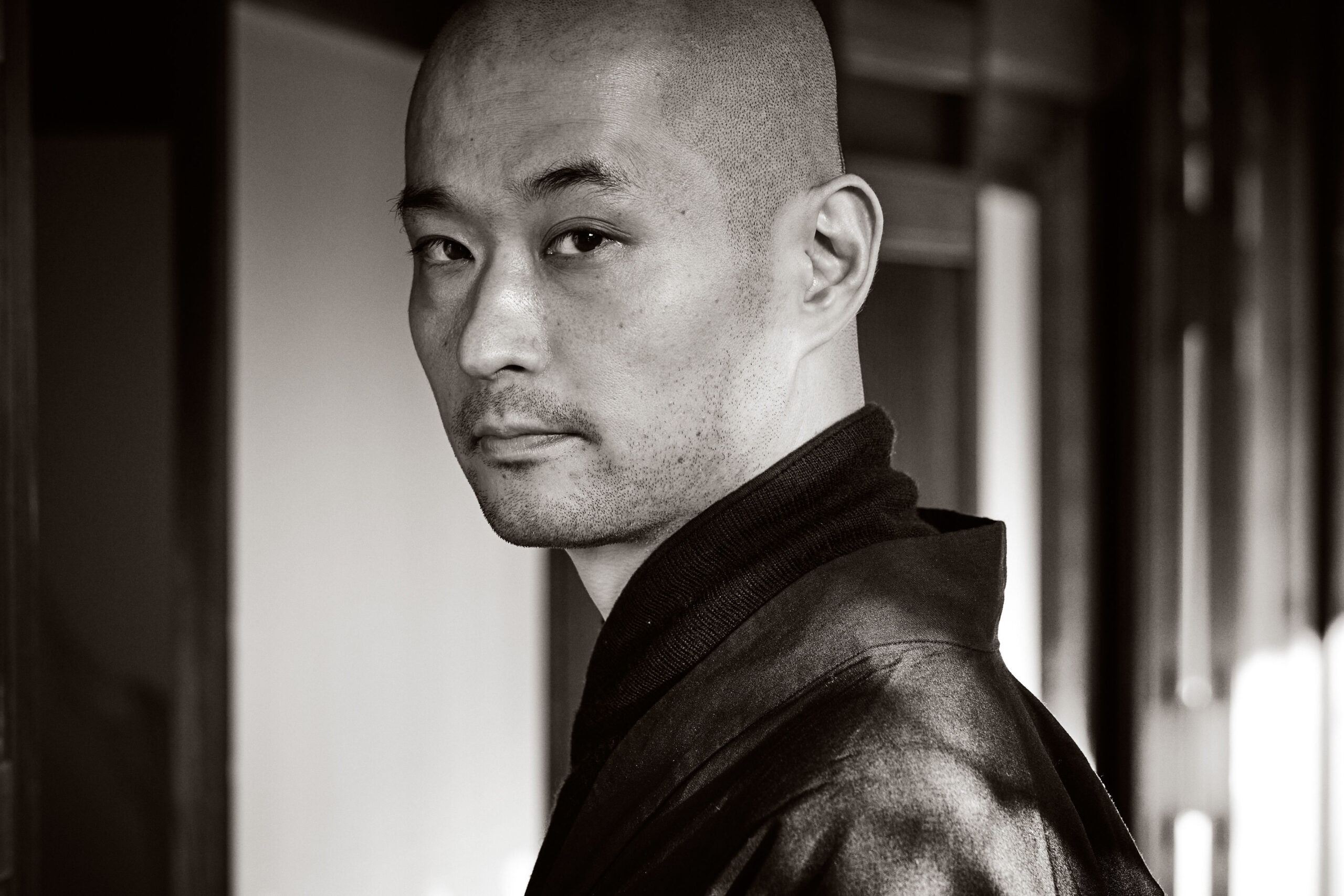 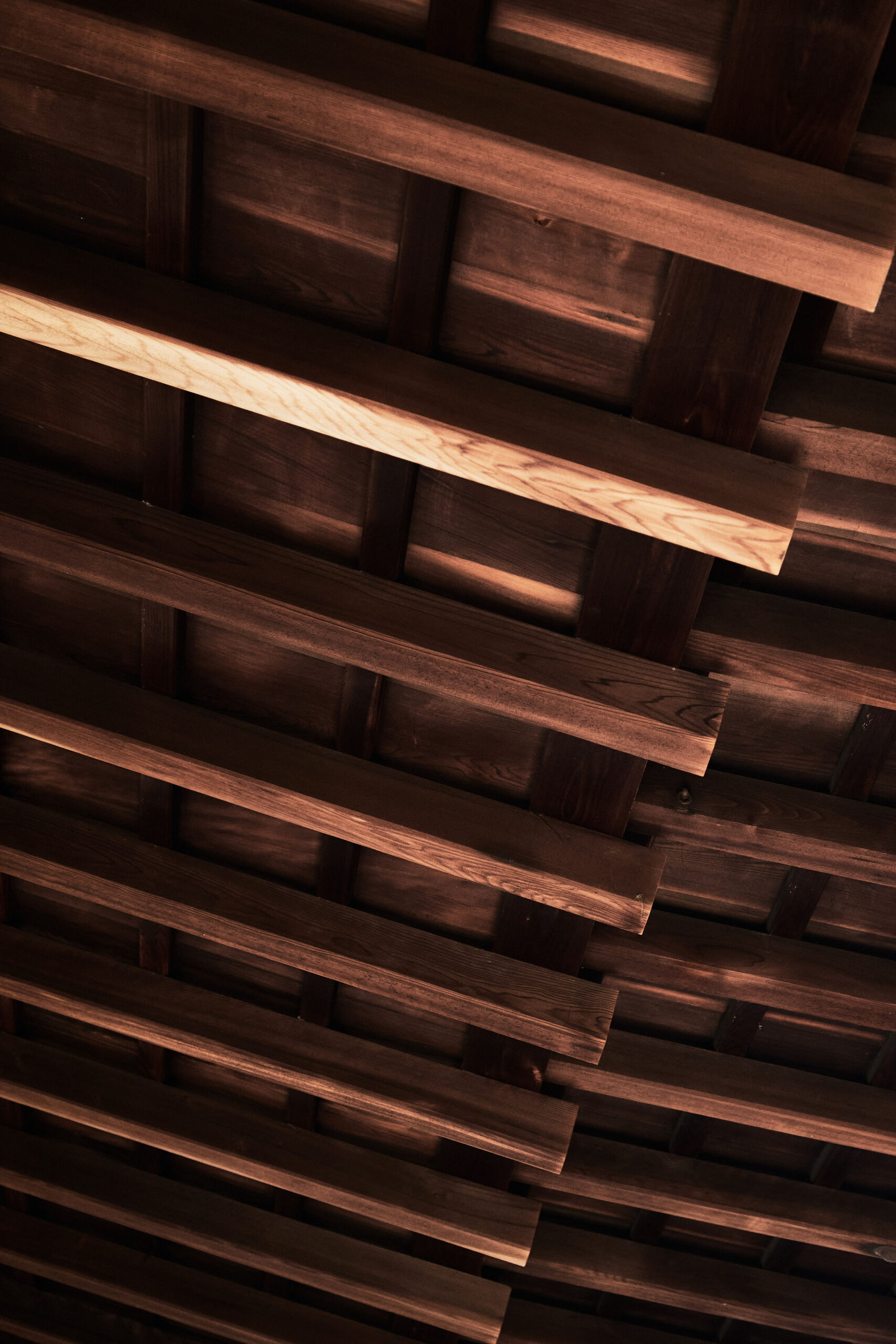 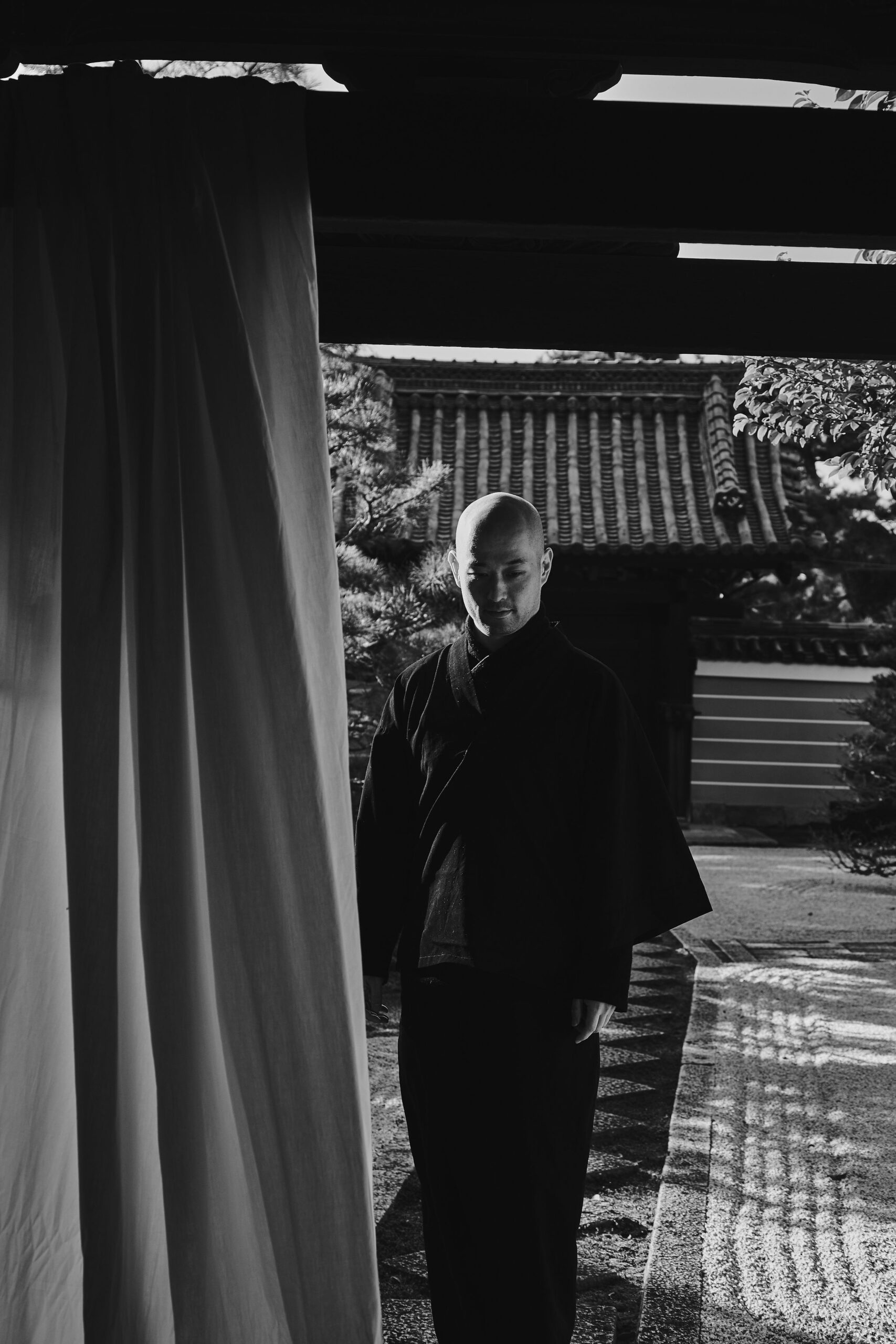 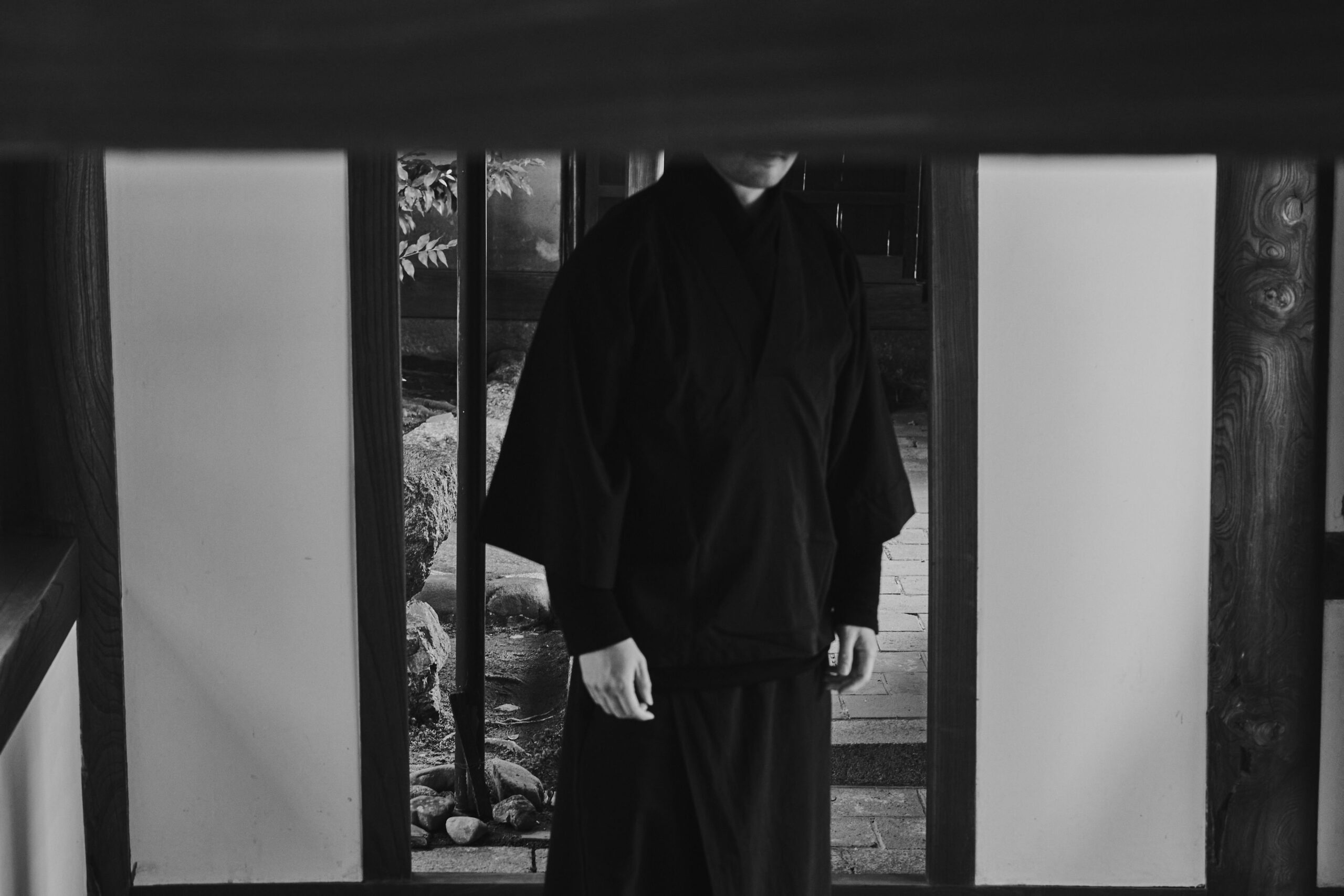 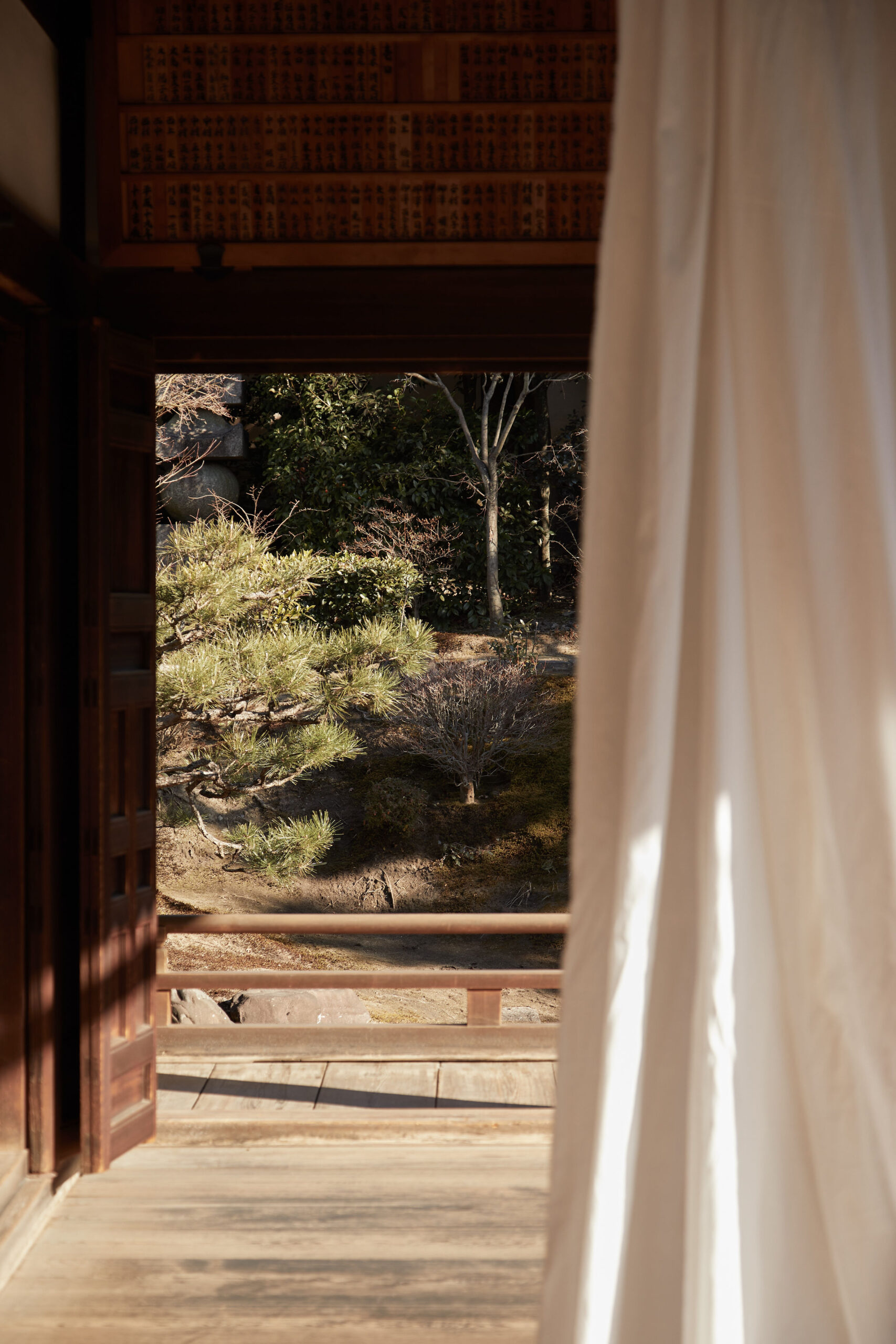 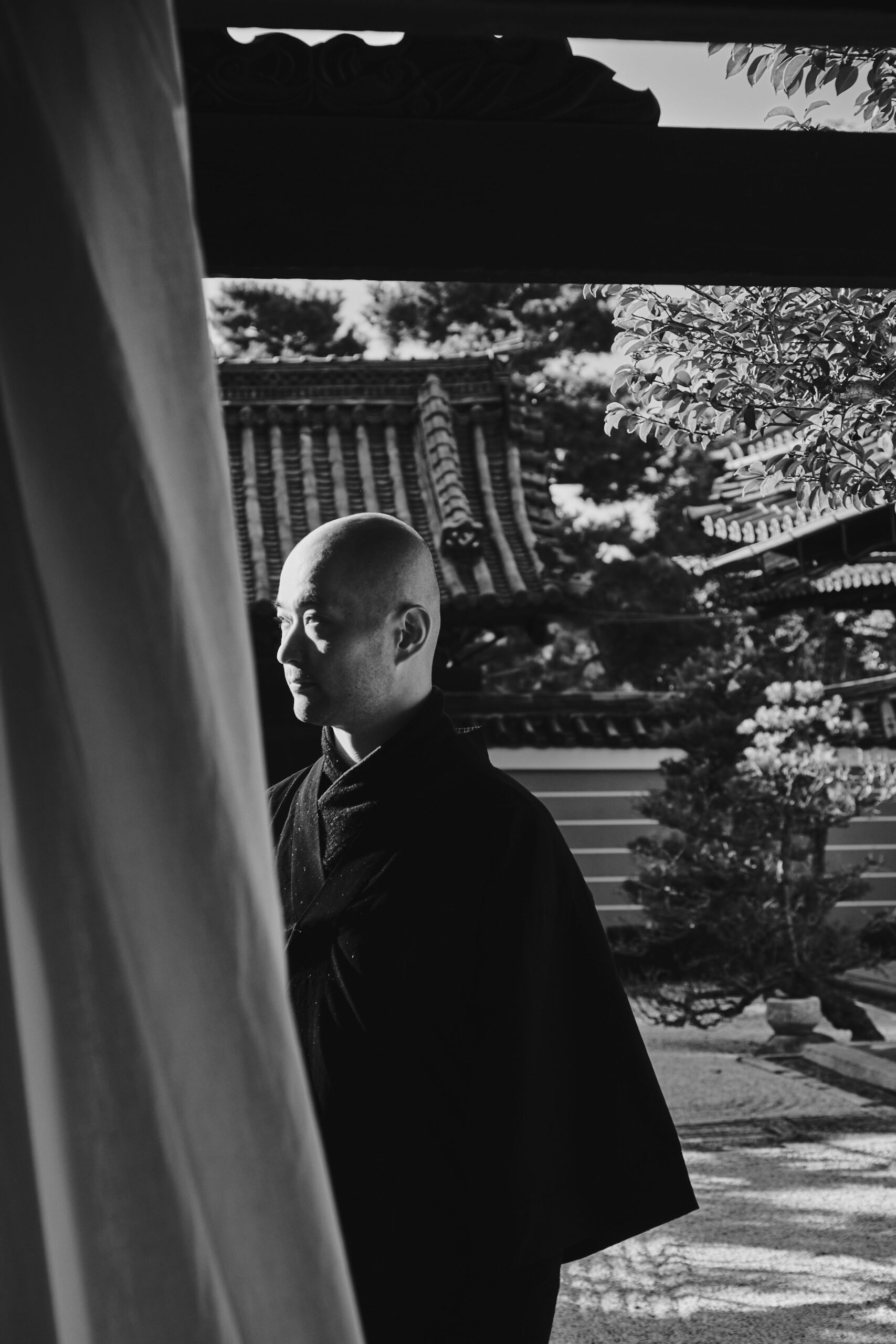 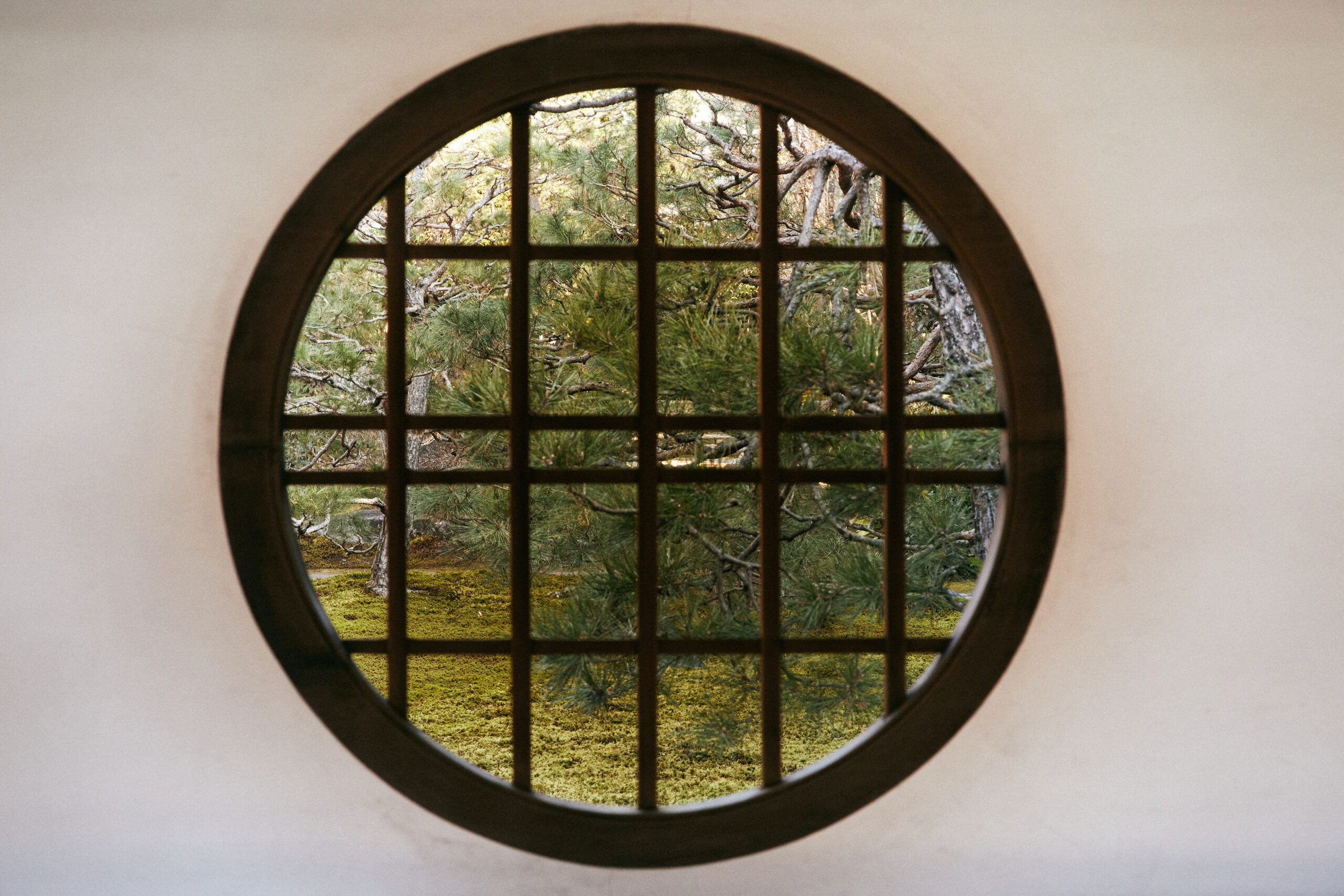 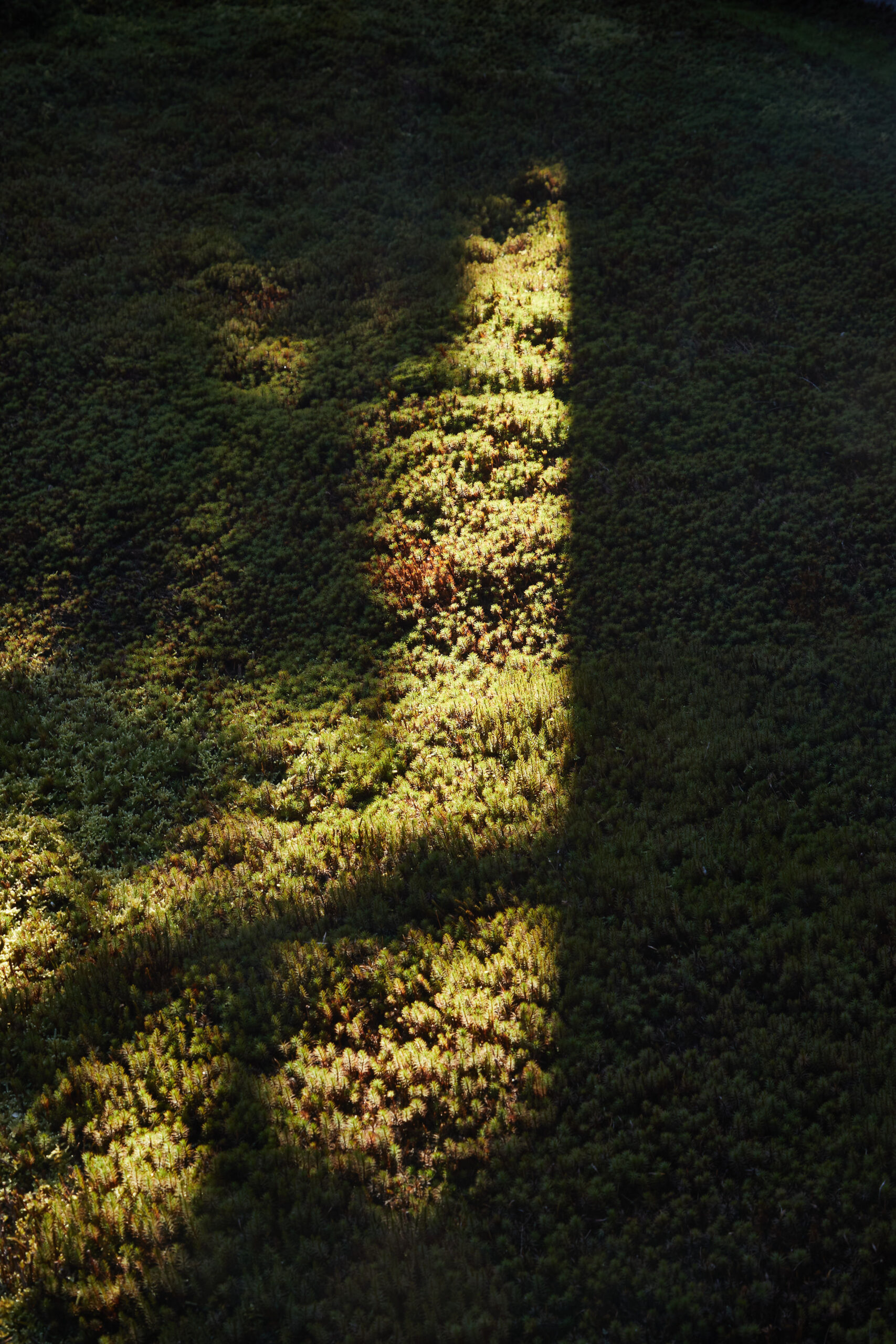 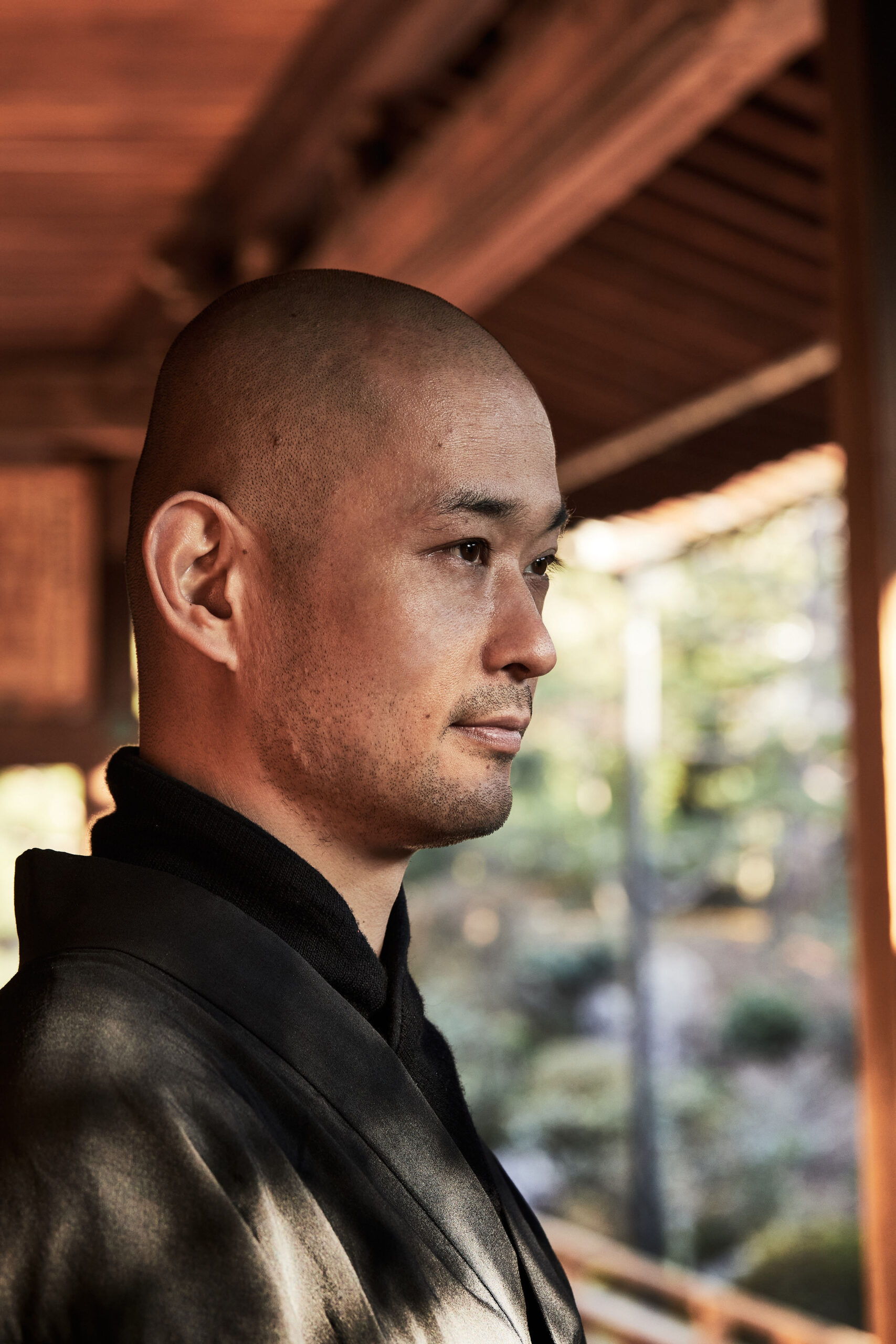 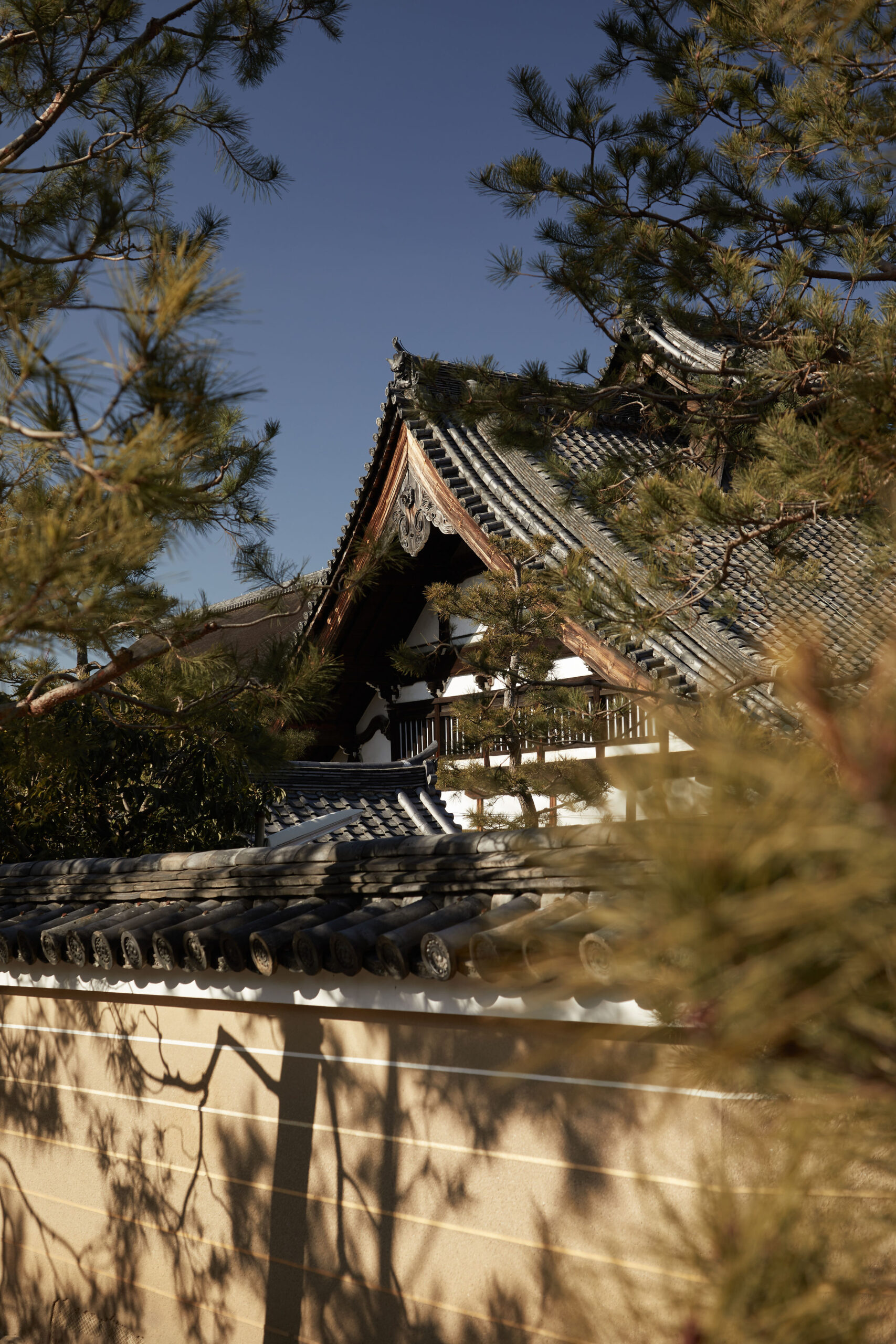 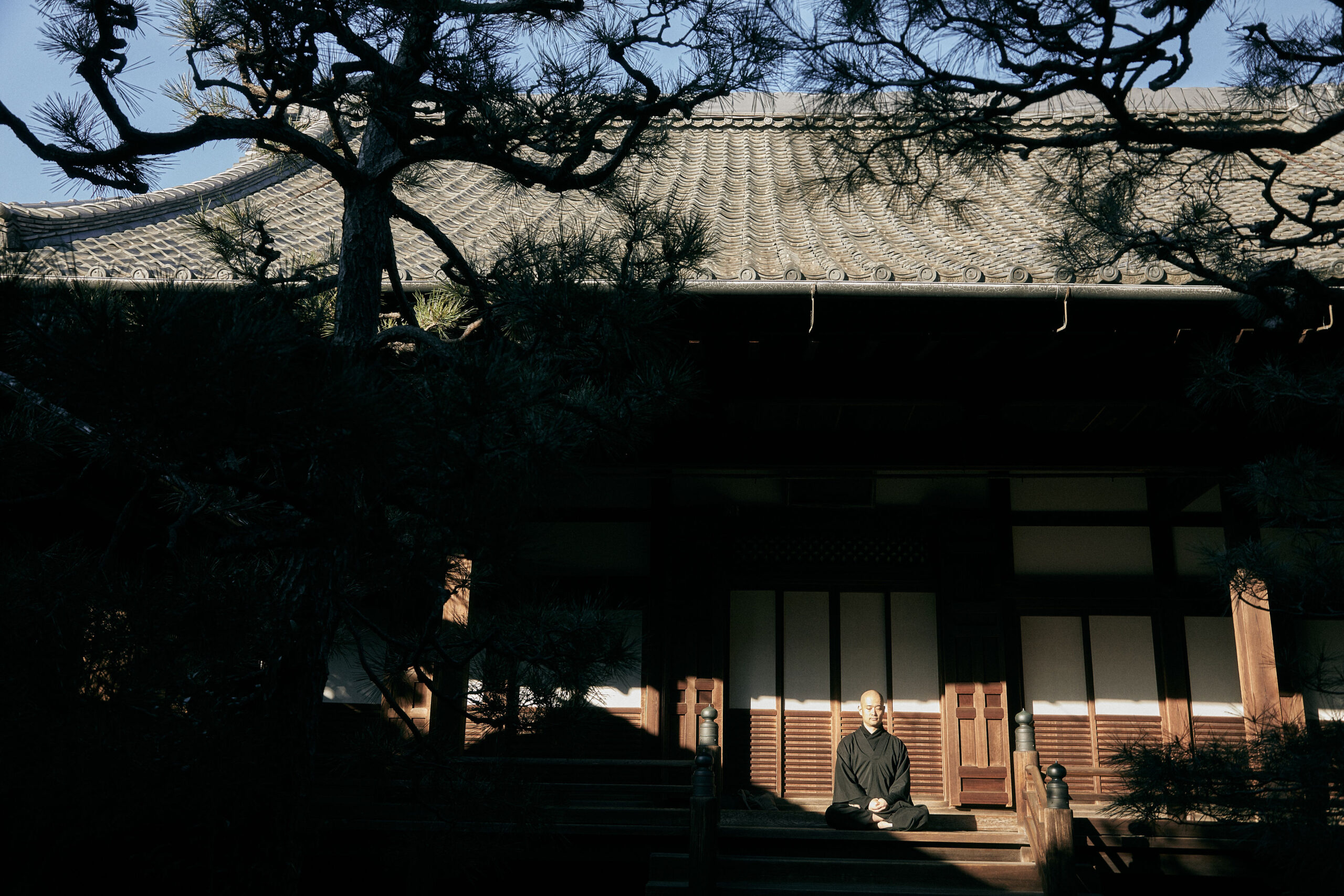 Meet Hitomi Kawasaki, a bonsai researcher based in Kyoto– at a very young age, she decided she was going to dedicate her life to bonsai and the skilled craftsmen that …